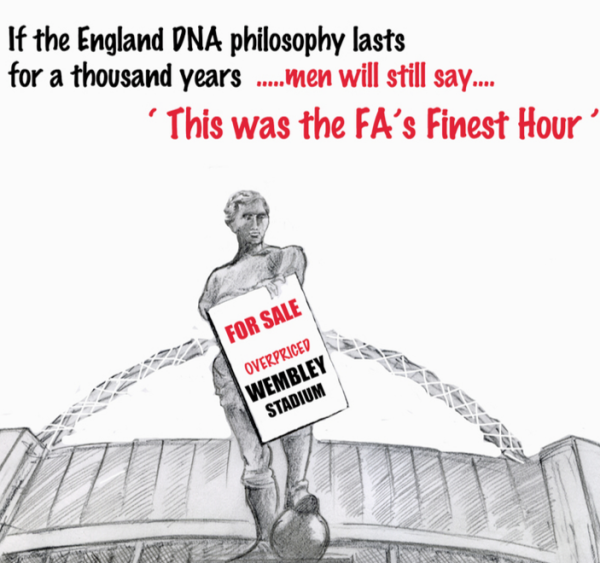 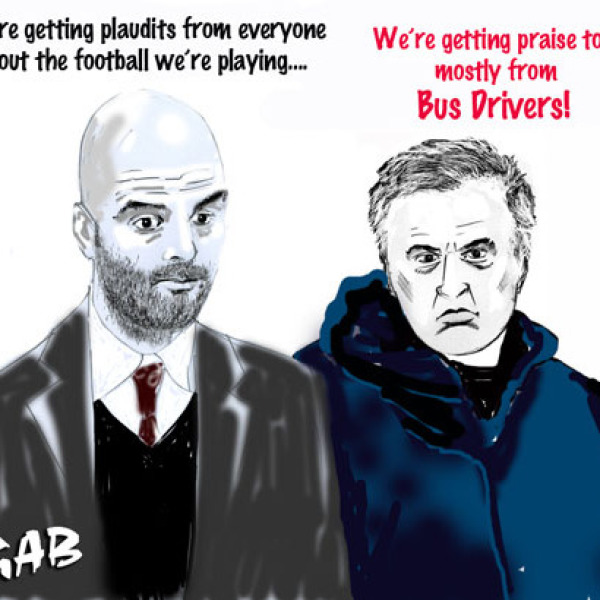 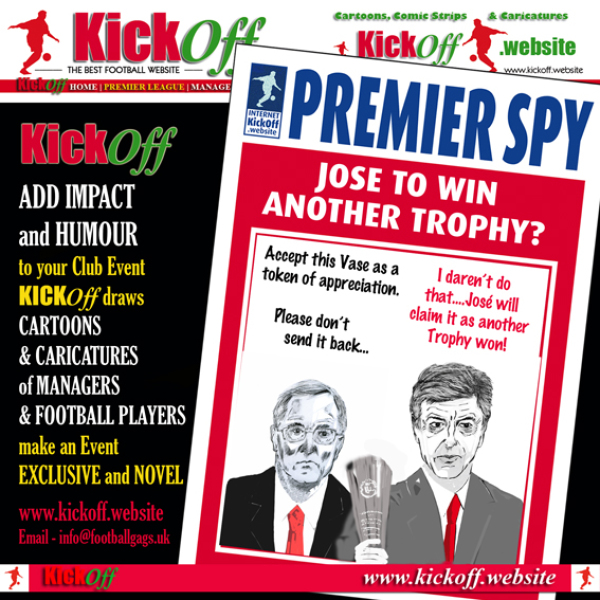 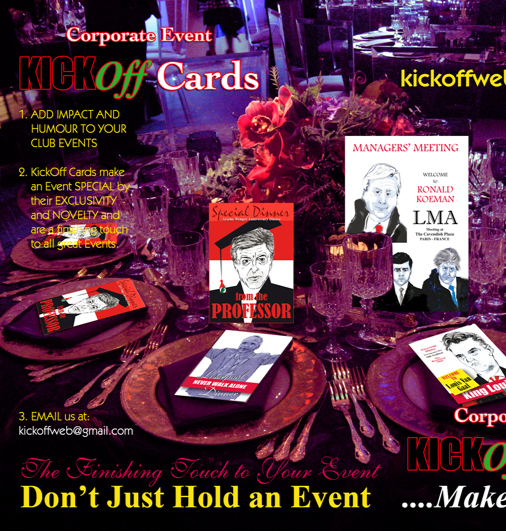 Comic Strips, Cartoons, Caricatures are the stock-in-trade of this brilliant comic Artist

Scroll down for the GAB BAXTER SHOWREEL of Comic Humour! 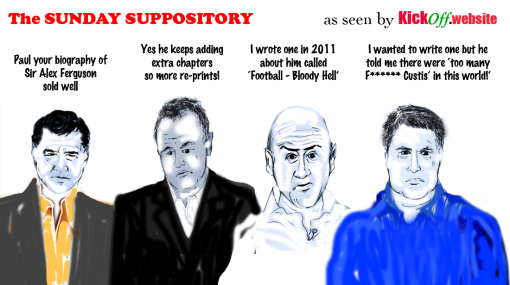 Comic Strip THE SUNDAY SUPPOSITORY is the result of an originally proposterous idea of plonking four thicko journalists around the breakfast table talking concentrated drivel - to go with their not-from-concentrate orange juice.

Gab Baxter's satire is sharp and witty giving the football fan the voice that they always wanted. The Media so often drives the agenda however unfair, irresponsible and/or simply ridiculous....without the vehicle to respond we would have no redress to the waffle, spin and downright dimwitted nonsense spoken by a bunch of self-important hacks whose contribution to the football world is to annoy everyone in it.

Fabricating transfer rumours, making up stories and broadcasting their own daft ideas about the game whilst stealing a living as a so-called expert....You would cry if it wasn't so laughable.

Gabriel Baxter bursts the bubble of these pompous buffoons.

Comic Strip SOCCER PRATTLEDAY is the satirical spin-off from Sky's Soccer Saturday with Jeff Stelling in the chair and a team of ex-players that magically become 'experts' the moment they hang-up their very expensive football boots.

In the world that is Soccer Saturday or Soccer Prattleday facts, accuracy and wisdom are in short supply.

What better fertile ground for the wit and satire of Gabriel Baxter. 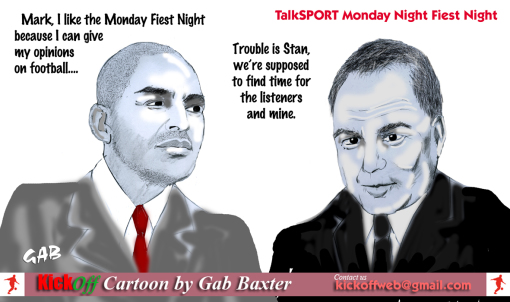 To add to the ridiculous world of football, the talk station talkSPORT devote Monday nights broadcast to Matk Saggers and Stan Collymore to disagree about the latest irrelevant nonsense that they themselves come up with. Monday Feist Night sees Mark Saggers angry and irrational setting an agenda that nobody wants, nobody really cares about, has been badly thought through and achieves absolutely nothing after three hours of ranting.

Latest ranting apparently is to change the Premier League to have two Premier Leagues followed by three extra leagues. It's so daft as to beggar belief that it ever got broadcast. Most of the world acknowledges that the English Premier League is the best in the world...so Mark and Stan want to change everything...because of course they would know how to improve it wouldn't they? The level of delusion redilent in the broadcasting fraternity that haunt the football media today is breathtaking.

Thank goodness for Gab Baxter and his cartoons to reduce these pretenders to the not-very-bright clay from which they were honed.