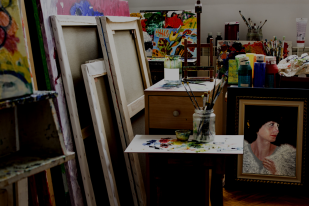 Talk of the Town

....direct from the Studio

I am a Traditional Painter who loves and studies the History of Art. I also collect Antique Books and Letters by Fellow Artists, Famous Writers and several Historic Figures.

My tastes tend to be rare, sometimes radical and unusual.

I hope to reveal some of my collection during these coffee breaks. I really hope you will find it interesting.

The Leighton Charles Studio in England

Amid the Kenyan Peaberry Coffee...... 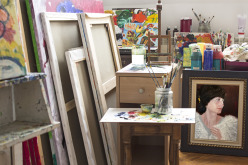 I find painting many things, rewarding, exciting, therapeutic but very intense. I do have days when everything goes well and other times all goes wrong and I know I'm best surrendering the joy and reading a book. I have always painted from a very early age. Fellow students made assumptions about my future career and were always encouraging. I have many Artists that I admire from History. Indeed I collect historic letters because I believe it brings me closer to them. I hope to tell you of some from my collection and why I admire their work.

Firstly I was struck by the life and work of Benjamin Robert Haydon, a historic painter during the time of the Duke of Welliington and Joseph Mallord William Turner. 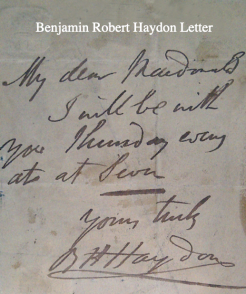 I think their are two reasons I admire Benjamin Haydon so much. Firstly as a painter he tackled the most arduous challenges. Huge historic panaramas that will have taken ages and stretched one's talent to the very limit. Secondly he was brilliant in the face of constant challenges financially, emotionally, commercially and he was a radical thinker, which often pitched him against fellow artists and was sometimes troublesome for his clients. It appears he had a difficult nature but he also needed support from the establishment. We all need a break, indeed during a career we need many breaks.....Haydon struggled throughout his life for acknowledgement, approval, commissions and respect. That's why I like him...he was the brilliant practitioner that those in authority could have and really should have assisted.

I'm proud to have in my private collection a note/letter written to a Mr. MacDonald about an arrangement for a meeting on Thursday at 7pm. And it's signed by the man himself, with a bit of a flourish, B R Haydon.

A Genius for Failure

The Life of Benjamin Robert Haydon

This wonderful book tells the story of the painter Benjamin Robert Haydon and his bid to 'improve the taste of the English people' through the High Art of Historical Painting. The company he kept - Keats, Shelley, Wordsworth, Sir Robert Peel and the Duke of Wellington, among many others - and the momentous events he lived through make A Genius for Failure not only the definitive biography of this fascinating and tragic painter, but a stirring portrayal of an age.

For readers of this most excellent biography, one detail emerges beyond all other and that is the haphazard way Portrait Commissions were dealt with by Haydon leading to many difficulties and usually a disastrous relationship with his commissioners. As if to underline the benefit for all involved with the process, this marvellous story serves as a reminder to us today, of the wisdom in sensible preparation, including the boring but practical planning process. We site the story here in support of our own approach to commissioning portraiture. 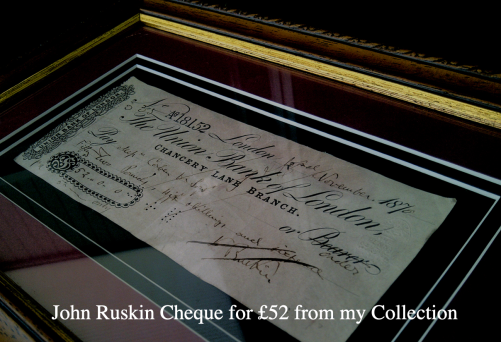 John Ruskin (8 February 1819 – 20 January 1900) was the leading English art critic of the Victorian era, as well as an art patron, draughtsman, watercolourist, a prominent social thinker and philanthropist. He wrote on subjects as varied as geology, architecture, myth, ornithology, literature, education, botany and political economy.

Ruskin was a hugely influential figure in Art History who championed and bankrolled Rossetti, Elizabeth Siddal and others to inspire acceptance of the Pre-Raphaelite movement against popular opinion. It's hard to imagine the Pre-Raphaelite brotherhood succeeding without the endorsement of such an authority.

Art has evolved in abstract directions that, I fancy, Ruskin would find unacceptable today; if we measure his devotion to representation by the legal challenge to Whistler that he officially lost. Ruskin was the purist, it was his way or the highway and today we are conditioned to accept any highway.

John Ruskin was prolific and his writings, paintings and influence continues today. I too am a Champion of Dante Rossetti and the Pre-Raphaelites, although my utmost respect from that group would be reserved for the true technician John Everett Millais who of course painted Ruskin and married his ex-wife.

I also share a deeply held passion of Ruskin's in my absolute love of all things Venice.

For me the most beautiful place in the modern world....the history behind every shutered window, the achitectural supremacy of the design and the spiritual affect on the heart of just breathing in the air. Ruskin spent years compiling his 'Stones of Venice' with beautiful studied drawings, in the belief that the craftsmen of Venice could teach us all about purity of design.

I could happily spend all of my days in Venice, indeed I did plan to retire there.

To be drinking coffee in Florians in the footsteps of Byron, to visit the Palazzo from which his mistress lept into the Grand Canal after a domestic and to imagine Effie and John Ruskin alighting their gondola before the Teatro La Fenice; is to immerse yourself in the most imaginitive & magical dreams of English Artistic Culture and its relationship with Venetian History and Mythology. 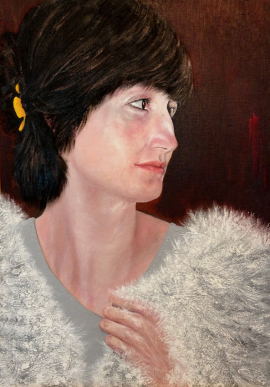 and the World of Romantic Portraiture

The Most Exclusive Gift of all

A Leighton Charles Portrait is the Most Exclusive Gift you could present to anyone. The brilliance of the image, the fascinating presentation, as the subject is portrayed in their very best possible way, makes this particular artwork the most rewarding for everyone involved.

Leighton Charles is famed for Romantic Portraiture by choosing the most exciting possibilities with his subjects.

Although steeped in the traditions of the Old Master Schools of Portraiture and painstaking techniques, the Artist is looking for the dramatic and avoids the stuffiness of many portraits down through the ages.

Royalty and the Aristocracy 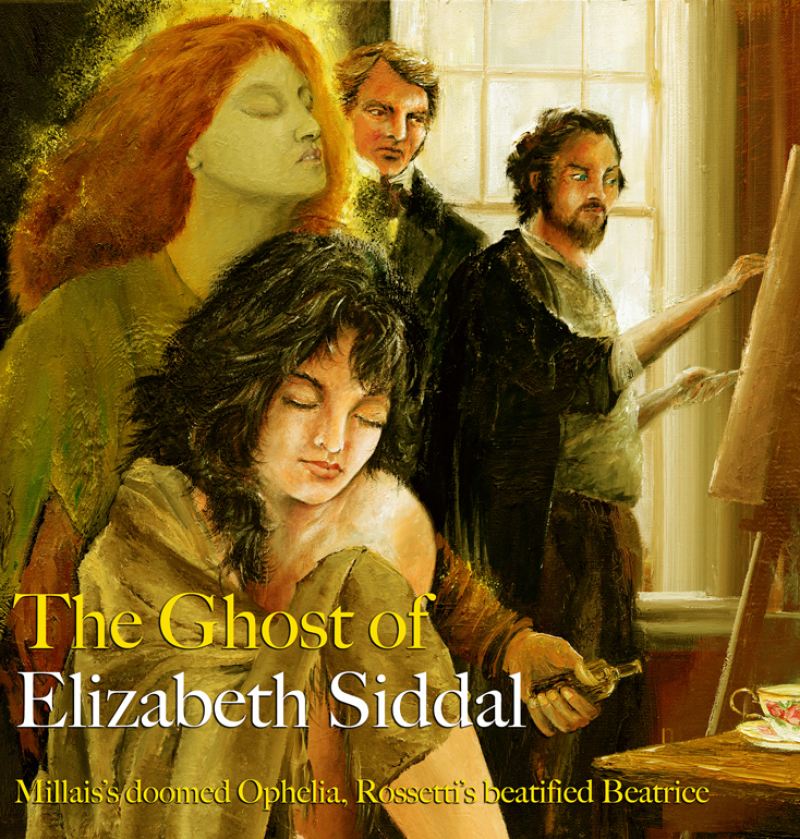 The Art of Portraiture 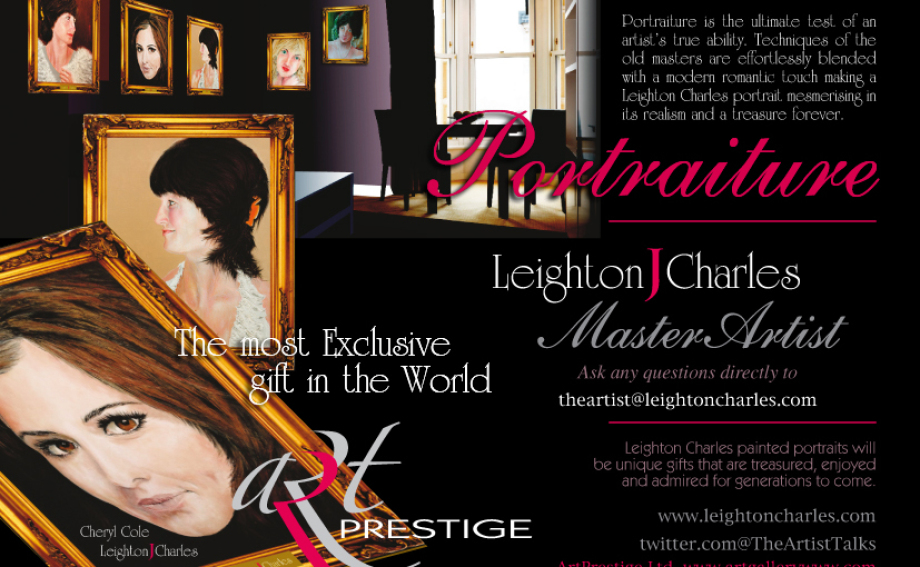